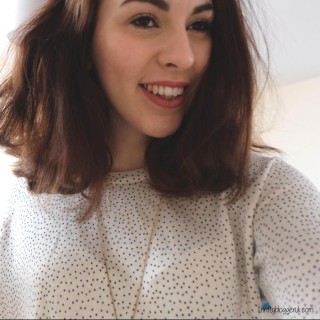 Jess and the Bee

Same Khan, same.
Play of light and shadow and colour. 🌑🌕🌈
Using #noticebeauty thanks to the gorgeous posts in @nattynoodles87 stories. This magnolia brings me happiness every year, but especially this year. 🙏🏼
He's been my garden buddy, nibbling my arm til I fetch some toys to toss for him in the grass. 😭😭
🌸🌸🌸🌸
Found the best rainbow yet! 🌈🌈🌈
An old one from the flatlay days (remember those?) . Woke up feeling a bit deflated like a balloon a week after the birthday party. Sure I'm not the only one! I have the afternoon off though, so I plan on soaking up some vitD ♥️☀️
Looks like my garden is full of flowers but it's not its just the angle. Make the best out of it! 😂
Beautiful sunset in a deserted Prestwich. 🌅🌅🌅
BRB, social distancing.
The wonderful & talented @ivyandquill wrote my name in beautiful calligraphy! ❤️
Skincare porn 🌸💗

So this post title won’t mean anything to any one else but me – it’s a bit of an introspective post about Working life, if you’ll forgive that.

If any of you follow me on Twitter you might have seen that I posted about being offered an amazing job opportunity to be a COO (Chief Operating Officer) of a startup. I was really excited about it, because the business is a social enterprise, doing good rather than just making money. I was ready to jump in feet first, prepared for the high risk but high reward challenge.

Got offered a job in a startup today as Chief Operating officer. Dillemma is risky, and having to travel to Sheffield….

It was the type of opportunity that literally fell into my lap, and I felt amazing for having been asked to do it. It speaks volumes about how capable I am and could be. It was a huge ego boost, to say the least.

Given that I would be walking away from a job that is, for all intents and purposes, stable I needed to think about it carefully. The salary was exciting, the CEO a great guy who I could work with as a peer and an equal, and I would have the opportunity to create something from the ground up and build a team around me.

There’s always a huge but, isn’t there? The job would most likely require me to travel to Sheffield everyday. If not right away, then eventually. I currently live in Manchester and take a 15 minute tram ride into work – 40 mins door to door. This might have been worth the reward, but I know that travelling for 3 hours everyday would take a toll of my life and on my relationship with my husband, and that’s something I couldn’t risk and wouldn’t risk for the world.

And there’s no such thing as a career ladder; it’s a rock face. A scary and ever-shifting one at that.

I was devastated. The guy at the startup was really empathetic and understanding, wanting me to make a decision based on knowing all the facts and taking into account the worst case scenarios.

It was exactly the sort of job I was ready for, the thing I wanted to do most as the next step in my career.

I never believe there’s really just one thing you want to do and that is that; you’ll be happy never moving on. And there’s no such thing as a career ladder; it’s a rock face. A scary and ever-shifting one at that.

There are steps in reach, and some more after that, like ledges and handholds on a climb; each one a stopping point on the way to the final destination. It might be a slight sideways climb, an upwards leap, or even a short retreat back to get to a better vantage point. This job for me was an upwards leap alright, and there aren’t many of those that come along you’re perfectly suited for.

I rapidly moved through the stages of grief and denial, closely followed by a bout of anger.

I need to begin to accept the things that I cannot change, and try and influence change myself to get me to the next handholds on the climb.

Have you ever had a career dilemma? Want to try something else? Let me know in the comments.

As an aside, the black brogues in the blog header are Jasper James Brogues from TKMaxx.

Keep up to date with my blog posts by hitting ‘follow’ in the sidebar- or you can find me on Bloglovin‘.

Not Another Beauty Blog

Beauty, Fashion, Lifestyle and everything in between!

Cooking Up A Treat

Sniffing out the best beauty finds

Your never fully dressed without a smile.